Lolita, light of my life, fire of my loins. My sin, my soul. Lo-lee-ta: the tip of the tongue taking a trip of three steps down the palate to tap, at three, on the teeth. Lo. Lee. Ta. She was Lo, plain Lo, in the morning, standing four feet ten in one sock. She was Lola in slacks. She was Dolly at school. She was Dolores on the dotted line. But in my arms she was always Lolita.

Vladimir Nabokov’s novel of the most dubious taboos; the obsession, possession, and perversion of a man in love with his step-daughter, is a book that will stay with me until I die. It begins with the paragraph above, and I have never encountered a description so unequivocal. The description of her name is presented as if he spent many hours in deep meditation rolling the name over his tongue, playing with it, shaping it into a lover all on its own. Lolita.

Nabokov treats the words with care, doing a fine job of presenting the story, but also working delicately to paint a picture for the reader. If you are not fluent in French, I fear that some of this novel will be lost on you, as Nabokov is wont to delve into deep digressions in this second language. Another note on the treatment of words and how Nabokov shapes them; he is a witty author, and often throws in word plays and sentence structures that make this much more than a novel, but a seemingly flawless memory of the main character. The subject matter he handles gracefully and with taste, as if he does not wish the absurdity of his perversion to be the focus but the main characters feelings of love and devotion to his Lo.

Among some interesting facts about this book I already seemed to possess somewhere in the hollow recesses of my scattered brain, did you know that the Lolita Complex (which denotes a psychological disorder and sexual deviance for the attraction to young girls between the ages of 12 and 17) was named after this book? Also, this song by The Police mentions Nabokov’s book, and the song seems to center around a “nymphette” who may or may not be trying to earn some extra credit in class…if you know what I- yeah, you get the picture.

Should you read it?

Yes! If only for the beautifully crafted story telling. There is a reason this book is a classic. It’s a good (sorry for the lack of a better descriptor) book, if you can stomach the delicate subject matter. 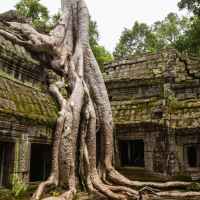